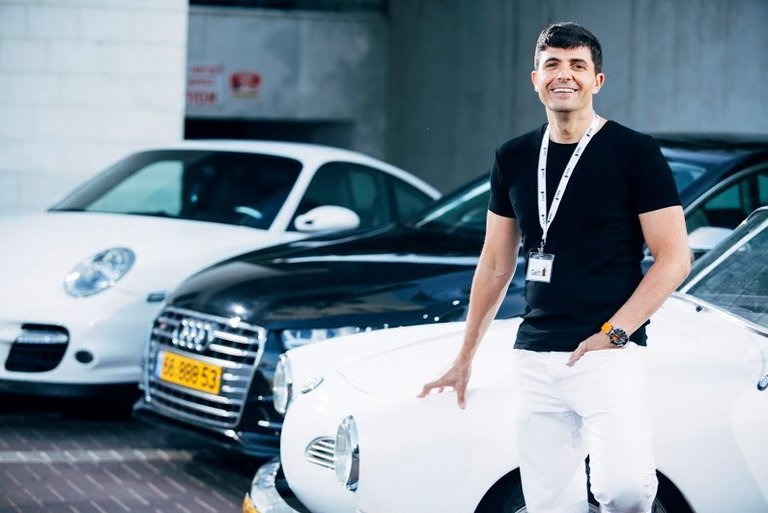 SAN FRANCISCO — Automakers are looking toward a technology-driven future, one where they increasingly acknowledge that getting around may not require owning a car.

On Tuesday, two of the world’s largest automakers, Toyota and Volkswagen, said they were stepping up to invest in technology start-ups that are working to change the way people travel by car. Toyota said it had formed a partnership with and invested an undisclosed amount in Uber, the biggest ride-hailing company. Gett, the app popular in Europe, said it was working with Volkswagen, and the automaker was investing $300 million in the start-up.

The alliances are the latest in a string of pairings between technology companies and traditional automakers that are scrambling to reposition themselves. For decades, automakers had abided by the well-worn formula of making bigger and more powerful cars to fuel their growth.

But start-ups like Uber and Lyft and technology companies like Google and Tesla have disrupted that cadence. These companies, mostly located in Silicon Valley, have in the last few years sped the development of self-driving cars, electric vehicles and ride services.

Automakers have become increasingly concerned about those technologies and their potential to help people travel easily and cheaply without owning a car — or even without knowing how to drive.

In some American cities, small groups of people are already choosing not to own cars by relying on ride-hailing services like Uber, through which consumers can order a ride through their smartphone, and car-sharing companies like Zipcar, where they essentially pick up a car whenever they need to drive one. Eventually, self-driving cars will be a reality, which would let Uber and others field fleets of driverless vehicles that can operate around the clock and further cut the cost of ride services.

“Ride-sharing has huge potential in terms of shaping the future of mobility,” Shigeki Tomoyama, senior managing officer of Toyota, said in a statement about partnering with Uber. “We would like to explore new ways of delivering secure, convenient and attractive mobility services to customers.”

Karl Brauer, an analyst at the research firm Kelley Blue Book, said there was no sign that car-sharing or ride-sharing — sometimes called “mobility services” — was slowing auto sales today. Auto sales in the United States hit a record high in 2015 and are on the rise this year, and China and other international markets will ensure the global auto market continues to grow.

Nevertheless, auto companies are investing in companies like Uber “to be ahead of the curve” if they do shake up car ownership down the road, Mr. Brauer said. “History has shown that if you wait for the market to decide, you’re dead,” he said.

In January, General Motors invested $500 million in Lyft, the ride-hailing app popular with American users, with a focus on developing networks of autonomous vehicles. Ford Motor is making over its Dearborn, Mich., headquarters into a Silicon Valley-like campus of green buildings connected by self-driving shuttles.

And a few weeks ago, Fiat Chrysler and Google agreed to produce a test fleet of driverless minivans. Both BMW and Mercedes-Benz have started to pilot ride services.

Even other technology companies only tangentially related to automobiles are becoming more involved in ride services. Apple, which is working on its own autos project, said this month it had invested $1 billion in Didi Chuxing, a Chinese ride-hailing company that competes fiercely with Uber.

The scale of ride-hailing as a phenomenon is encapsulated in China. Uber operates in more than 30 Chinese cities with plans to expand to 100 by the end of the year. Didi is in well over 300 cities and towns throughout the country.

But global expansion requires capital — lots of it. Companies like Uber have tapped venture capitalists, strategic partners and large institutional investors at the rate of about once every six months to amass enough money to keep introducing operations in new cities. In total, Uber has raised more than $10 billion from several firms to wage its land war across multiple continents.

With the Toyota partnership, Uber gets other perks apart from money. The company, based in San Francisco, which was valued at $62.5 billion in December, plans to expand its vehicle financing program with Toyota, whose cars are among the most popular with Uber drivers. Customers can lease Toyota vehicles through the program and are able to pay down the cost by driving for Uber.

Toyota said that in its work with Uber, the companies would also cooperate on trials in countries where ride-hailing is growing.

The companies also plan to develop in-car apps that support Uber drivers, and to share their knowledge and research, they said.

Volkswagen has been slower to jump on the mobility bandwagon, partly because it has been consumed by an emission-cheating scandal involving its diesel models. After those revelations, Volkswagen replaced its chief executive, about a dozen top managers departed, its VW-brand sales skidded in the United States and it set aside $18 billion to cover scandal-related costs.

Next month, Volkswagen is supposed to detail a plan to buy back or repair about 500,000 diesel models that had the cheating software and were sold in the United States.

About the same time, Volkswagen is also planning to unveil a “Strategy 2025” in which mobility initiatives will play major roles. In April, Volkswagen said it intended to set up a separate mobility company to oversee investments and initiatives on this front.

“We aim to become a world leading mobility provider by 2025,” Matthias Müller, chief executive of Volkswagen, said in a statement.

Shahar Waiser, Gett’s chief executive, stressed the synchronicity his company had with Volkswagen’s European sales, and how the companies were focused on both consumer and business clients. Mr. Waiser said Gett had $500 million in revenue, 30 percent of which came from the company’s 4,000 corporate and business clients, and that it was profitable in some markets.

Gett, which is popular in more than 60 European cities, as well as Moscow and New York, said it planned to use the capital to continue expanding its European operations.

“By now, people realize that the landscape is so big — and every market is so different — there will be more than a monopoly or a duopoly,” Mr. Waiser said. “You will always see two, maybe three major players in this space, wherever you go.”

No Comments on "Automakers Befriend Start-Ups Like Uber, Girding Against a Changing Car Culture"