India and Pakistan clash in a round-robin match of the 2016 Asia Cup Twenty20 tournament in Bangladesh on Saturday. Sunil Gavaskar feels good record against Pakistan should not make India complacent.
Mumbai: Sunil Gavaskar cautioned India against complacency as Mahendra Singh Dhoni’s team takes on Pakistan in a 2016 Asia Cup twenty20 league match in Mirpur on Saturday. (History Favours India in Asia Cup 2016 Blockbuster vs Pakistan)
In an exclusive chat with NDTV on Friday, Gavaskar said: “India must not take Pakistan lightly because in the Twenty20 format anything was possible.” Gavaskar added that most Pakistan players were coming off the Pakistan Super League and were “ready” to take on the Indians in their first match of the competition. 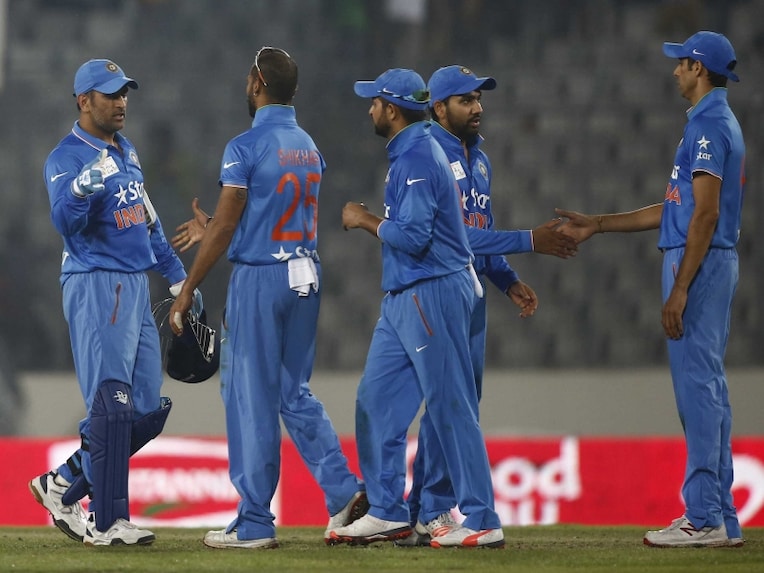 Five-time Asia Cup champions India made a strong start in this edition of the tournament when they thrashed Bangladesh by 45 runs on Wednesday. Gavaskar felt India’s batting was a big plus and “capable of handling the (lethal) Pakistan attack” that included Wahab Riaz, Mohammad Amir and Mohammad Sami.
Gavaskar said a good start from Rohit Sharma and Shikhar Dhawan will be the key. “Pakistan will have to deal with them first before they take on Virat Kohli. Rohit is in great form.” (Asia Cup 2016: Virat Kohli Asserts His Dominance Over Pakistan in Twenty20 Internationals)
India and twice champions Pakistan have a 5-5 head-to-head record in Asia Cups and both teams will start from scratch on Saturday. “A win for either team will be a solid morale booster ahead of next month’s World T20 in India,” said Gavaskar.

No Comments on "India Must Not take Pakistan Lightly in Asia Cup: Sunil Gavaskar"