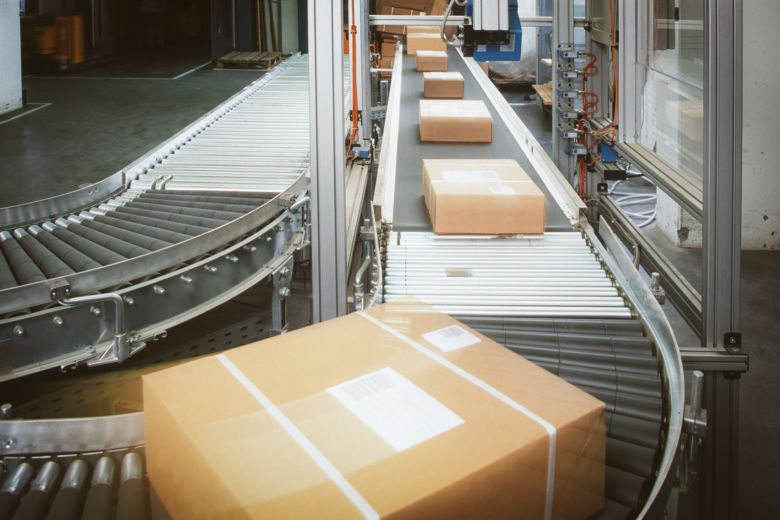 Conveyor belts have proven their worth in many industries and like any other machinery has reduced the need for human efforts. With its diverse use and economical operations, it has especially caught the eye of industries, manufacturing and processing houses in streamlining and economizing transportation. Who could have thought that a simple invention such a wheel could lead to development such a complex mechanism with its diverse use. Conveyer belts cannot only be seen in the airports and supermarkets, but also in large processing and manufacturing industries, such belts are used to transport the material from one machine to another. Thus, it has reduced the industry’s dependence on labor, which gets much expensive day by day.

Economizing of operations and the convenience provided by the conveyor belts has brought this mechanism in the mainstream of the industry. To understand more about conveyor belts it is important to understand vementhe basic principles on which it works.

It is always preferred that the material selected for the belts of the mechanism is of the top quality which can increase the durability and the life of the machine. This is because the constant movement of the conveyor belt can easily wear off a conveyor belt of substandard quality.

The materials and type of conveyor belt are chosen according to the weight of the load which conveyor belt will be carrying and also the intensity of the usage of the conveyor belts. You have a long list of options to choose from ranging from Nylon, Polyeste,r and rubber to PVC and neoprene. The quality becomes important because even a small malfunction or breakage in the system can halt the production process for hours which will directly translate to losses for the companies and manufacturing unit employing them.

You might sometime ask yourself how these conveyor belts can take so much of the load under continuous pressure and stress but still remain mobile even on different inclinations? All of this is made possible by the continuous working of the wheels and shafts in the mechanism. The machine works on the principle of transferring energy from one part to another with little or no wastage along the line. The connection between the shafts is established by a belt and energy is passed on to the wheels.

The energy is transferred from one moving wheel to another by using an idle shaft which is connected to the other wheel resulting in the revolution of the other wheels too. Originally the electric power is used to move only the first wheel but as all of the wheels are connected by a durable belt, the energy is transferred from one piece to another. Such a mechanism is not used only in such conveyor belts, but has been the base of machines like grinding, milling and shaping machines.

Thus, buying a conveyor belt from a trusted supplier becomes extremely important and to do that, the reviews on the internet of the manufacturer and supplier can be checked and performance can be verified.

No Comments on "Salient Features of The Conveyor Belt"